Goldfinger, the legend of pop-punk is back!

9 years in the works and it’s here! Our new album “The Knife” featuring the single “Put The Knife Away” will be out July 21 via Rise Records. 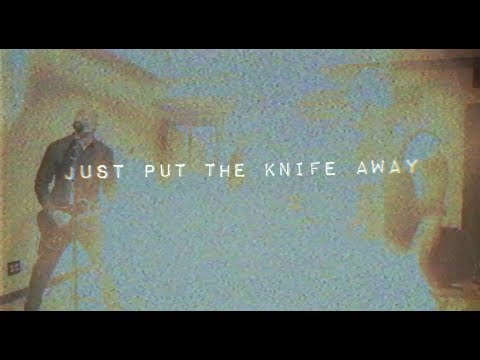 Never say sorry to me
Walkin on egg shells, can’t breathe
Give my life back to me
You live in darkness, no light
You scream at me and we fight
Hold my life and oversee
I’m gonna lose my mind

Those words you can’t take back
Always under attack
Hold on to alibis
Hide behind your disguise
Say you’re wrong, I will die
Never give up the fight
This life you’ve painted red
Say I’m better off dead

Los Angeles’s legendary punk/ska Goldfinger is back, with the announcement of The Knife, to be released July 21 through Rise Records. After nine years of producing and writing music for other bands, Goldfinger is proud to be back with 13 tracks of their very own for their first time since the release of their 2008 album, Hello Destiny…

The album features a host of special guests including guest vocals from Blink-182’s Mark Hoppus, 311 lead-singer Nick Hexum, Mighty Mighty Boss Tones guitarist Nate Albert (“Get What I Need”) on guitar, Twenty One Pilots’ Josh Dun on drums (“Orthodontist Girl”), and ONE OK ROCK’s Takahiro Moriuchi, amongst others. Fans can get a first taste of the album through their first single, “Put The Knife Away”. Pre-orders for the album be the album here: https://RiseRecords.lnk.to/TheKnife

The Knife is not a nostalgia play; it is an evolution of the band and a reflection of the musical and life experience that singer-songwriter/producer John Feldmann who explains, “I took my time making this record…Nine years to be exact! I feel like I’ve made the most concise Goldfinger record in my career. We have all Goldfinger styles together as one, with Zakk Cervini, who mixed the Blink-182 record, and Travis Barker on drums, I couldn’t be more proud of an album.”

With 13 tracks, The Knife surges with the energy, personality, and charm that has made Goldfinger one of the most memorable acts from 90s/2000s punk. From the blaring opener “A Million Miles”, the easy-going, self-deprecating ska-influenced “Get What I Need”, the swaying struggle of “Don’t Let Me Go”, and the brassy, reggae feel of “Liftoff”, the record spans a vast spectrum of sound and tone. This variety is the result of deliberate reflection of Feldmann’s life experiences and extensive production (Blink-182, Panic! At The Disco, 5 Seconds of Summer) career over the years. With tongue-in-cheek scene commentary on “Am I Deaf?”, the interpersonal conflict of “Put the Knife Away”, or the heartwarming ode to his daughter “Milla”, Feldmann uses The Knife as a decidedly unguarded sonic update and re-introduction of himself and his thoughts.

Goldfinger’s resurgence on The Knife is not a rehearsal of past glory; it is a revolution. This is greatly echoed in the band’s revamped lineup, featuring MXPX’s Mike Herrera on bass and Story of the Year’s Phil Sneed on guitar (both doing backup vocals as well). Blink-182’s Travis Barker plays drums on the album, making the album a fitting collection from different corners of the punk world and further showcasing Feldmann’s ability to draw from and synthesize influences into a cohesive, character-infused collection of talent and art.

Goldfinger continues to build on a highly regarded legacy, where they have been considered one of the forerunners and most well-known bands of the third-wave ska/punk movement of the late 90s. Their 1996 self-titled debut Goldfinger went gold, and was named one of “The Ten Albums That Defined 1996” by Alternative Press in 2006. AllMusic said “no one had more success with this new sound than Goldfinger on their self-titled debut”, calling it “irresistibly catchy, creative, and hopelessly endearing.” 1997’s Hang-Ups reached #85 on the Billboard 200, and the single “Superman” was prominently featured on the soundtrack for the generation-defining Tony Hawk Pro Skater video game. Over 6 full-length albums and over a decade of touring, Goldfinger amassed an international fan base drawn to the band’s penchant for big choruses, attitude, and creativity of seamlessly fusing punk rock, ska, skate punk, and various other genres throughout their discography.