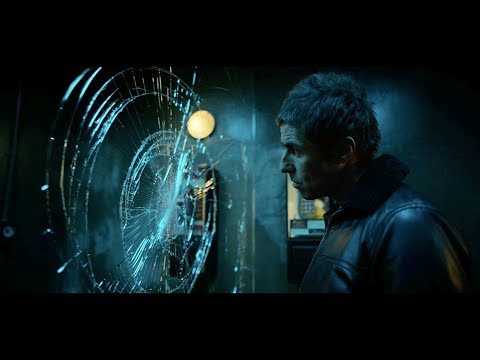 The lead singer of the Brit-pop band Oasis, Liam Gallagher — along with his older brother and Oasis bandmate Noel — was one of the most well-known pop artists of the 1990s . Born in 1972 in Manchester, England, Gallagher is the youngest of three siblings. Growing up in a working-class household, Gallagher didn’t become interested in music until his teens, around which time he discovered his knack for singing and formed a group with local friends including Paul “Bonehead” Arthurs (guitar), Paul McGuigan (bass), and Tony McCarroll (drums). Influenced by a mix of ’60s pop and ’70s glam rock bands, including the Who, the Kinks, and the Beatles as well as more contemporary artists like Manchester’s own Stone Roses, Oasis had little success until Noel joined as guitarist and main songwriter. Oasis released their debut album, Definitely Maybe, in 1994 and the band achieved international success with such singles as “Supersonic” and “Live Forever.” Though often portrayed in the press as outspoken and quarrelsome, the siblings have remained together in Oasis through several highly successful and influential albums and are generally considered icons of the ’90s British rock scene. – Review by Matt Collar