This song is relevant to your depressing moment or if you need a calm music.

Andy Shauf has released music video for “Early to the Party” off album “The Party” 2017. 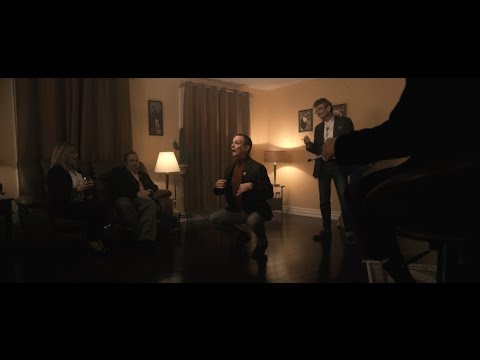 The Party is the ANTI- Records debut for this Canadian songwriter, who grew up in small-town Saskatchewan.

Awkward characters show up “Early to the Party,” and either reveal life-changing secrets (“To You”) or try their hardest to reveal nothing at all (“The Magician”). In “a city the size of a dinner plate,” everyone knew the guy who keeled over dead after smoking what he promised would be his last pack of cigarettes (“Alexander All Alone”). The girl dancing by herself, unselfconsciously, in the middle of the room, with the “Eyes of Them All” upon her. One moment you’re dancing with someone who bears an uncanny resemblance to your ex (“Martha Sways”), and later you start slagging your best friend as way of endearing yourself to his recently dumped ex (“Quite Like You”).

Did that all really happen in the same night? It certainly happens in the space of this tightly narrated thirty-eight minutes, all set to ornate arrangements of fuzzed-out guitars, string sections, clarinets and dreamy synths, all draped over delicate piano, acoustic guitars and rainy-day drums.

On his previous LP The Bearer of Bad News, Shauf started out with 100 songs and whittled it down to 11, the cream of the crop—no wonder it turned heads. This time, older, wiser, and with a clearer vision and narrative construct in mind, the self-produced multi-instrumentalist and master of subtlety focused on 15 and cut it to 10.

Recording began with a band in Germany in early 2014, but Shauf—who is endlessly rewriting lyrics and rearranging songs, building them up and then stripping them back to their basics—decided to start anew back home in Regina. There, he set up shop at Studio One, located in an old CBC building, and was left to his own devices. He plays all the instruments, with the exception of the strings, handled by Colin Nealis.

The Party is not exactly a concept record, but it was a way for the singer-songwriter to get out of his own head. An after-party record, more like it. Or for the hangover the next day, when only Shauf’s songs can make any sense of the emotionally-charged scenarios that played out the night before.

When The Party was over, Shauf had no regrets—even if its characters have more than a few.