“Terra” is a key piece from ‘Solstice’ touching on the issues that we are losing touch with ourselves and our planet. – The Northern 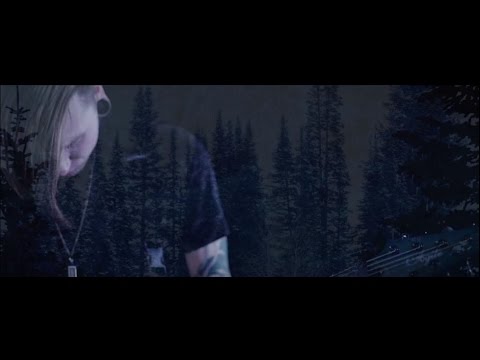 Here we go;
same old shit as its always been.
You’re fucking wasted
Run and hide from your life but it has to end.
So open your fucking mouth.

Was it all the same?
Bitter words laced with self loathing hatred.

Was it all the same?
Walking out that door,
head hung in shame.

No,
open your fucking mouth.
Was it worth it?
Whenever there’s conflict you run,
prove your more than this.

Common sense ain’t so common place anymore these days.
There’s a passion in your heart but you’ve forgot it in your mind.
Instead we plug ourselves into machines.
Using filters and friend lists as common currency.

Spewing lies,
to try to hide from who they think you are.
You’re just a coward
Funny how it comes around to bite you in the end.
Step out that frame mind.

Again, Blackout Those memories Lie through your teeth.

Perfectly combining djent and metalcore, Canadian band The Northern stays true to themselves within a unique sound that fans have grown to love.

Founding members, Leo Valeri and Nick Papageorgiou were on the road with their former bands when they got to talking about their musical tastes and realized they were very similar. Although they lived in different countries, The Northern was first formed as a project for fun and in the beginning was not intended to be a live band. After recording and releasing the Imperium EP, the overwhelming response made it clear this band would have to be more than just a hobby.

The current members of The Northern have shared the stage with bands like The Afterimage, Sirens and Sailors, Chasing Safety, My Ticket Home, Everyone Dies in Utah and many more. Some of them have also been featured on festivals such as Warped Tour, Scenefest, KOI Fest, Skatefest, Corefest and Canadian Music Week. The band is excited to hit the road with the new line-up and to showcase their current direction.

Once things were solidified in 2015, The Northern set their sights high for 2016. The band announced that they had signed to Tragic Hero Records and released the first single, “Nauticus” off their upcoming 2017 release ‘Solstice’ (engineered, mixed & mastered by Doug Meadows). Nick Papageorgiou explains, “Tragic Hero is a perfect match for our band. They’re a community of artists whose main goals are to help each and every artist equally, from the smaller bands up to the heavy hitters.”